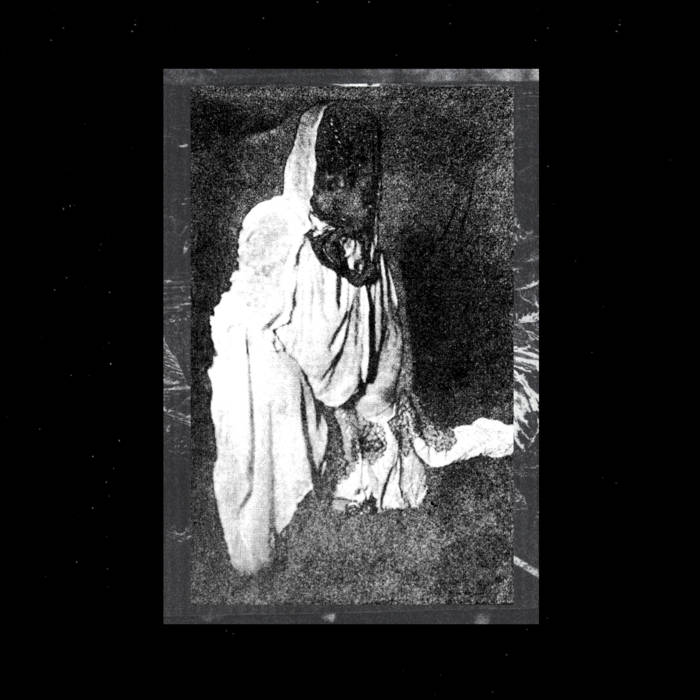 “Operating somewhere deep in the Rust Belt, TRIANGULUM first appeared on the ouroboric split tape, Northern Occultism, released during the opening of the second decade of this final century. Nine years later, their obscure and aggressively melancholic black metal binds itself stronger than ever onto listeners who would fall into it. Providing zero information regarding the time or whereabouts of their provenance, the solo artist behind TRIANGULUM opens this split with three never-released tracks of hypnotic black metal tormented by harsh vocals buried in the red.


A year before the second decade, EL-AHRAIRAH released their self-titled demo tape: A raw scream from a fledgling bloody but rejoicing somehow, something none of us had ever heard of before—at least not from the states. The next three years saw the Midwestern act remain true to their lapine nature, releasing six tapes before, as if suddenly spooked, they retreated underground. Now a trio, EL-AHRAIRAH return once again, three years since releasing their capstone debut full length on a criminally limited number of cassette tapes. Closing out this split, their side counts three new songs of their uniquely triumphant and celebratory take on distant lands-borne black metal, plus both an intro and an outro of illusion-inducing dark ambient.


The different journeys over the years of these two underground bands mark eerily similar paths. Taken together, this split seems almost destined. Both reemerged around 2 and 3 years ago, and now, owing to a mutual respect between everyone involved, the TRIANGULUM / EL-AHRAIRAH split 12” vinyl is finally here. New material from either of these reclusive stateside acts demands attention, but a pairing such as this warrants immediate genuflection. That each side represents the best material either band has produced will bang out objectively from the black vinyl.

Bandcamp Daily  your guide to the world of Bandcamp

Interviews With Butcher Brown and Slauson Malone, plus LP of the week by SAULT.